The Ramayana ( Sanskrit:Rāmāyaṇam) is an ancient Indian epic poem. The author of the oldest and best known version is Valmiki. The problem with the oral tradition is, that more than 300 variants of the Ramayana are known. The best known is the Valmiki-version.  It was written between 7th to 4th centuries BCE, with later stages extending up to the 3rd century CE. The story has similarities with the greece Trojan war, where Helena is saved from Troja.

The Epos narrates the struggle of the divine prince Rama to rescue his wife Sita from the demon king Ravana, and afterwards Rama's  return to Ayodhya to be a crowned king.

The text consists of seven books :

2. Ayodhya-Kanda (steps 7 and 8 of the universal path)

Bala-Kanda : Rama is the only one who can break Shiva's bow (universal path 6) and wins Sita so as wife.

Sita symbolizes the transformed and awakened Kundalini, and therefore she is the most beautiful woman of her time - just like  Draupadi of the Pandavas in the Mahabharata.

Rama stands here for the spiritual self.

Ravana is the astral wish- and desires - nature that dies at step 15.2 of the path.

The mountain Mahendra, from which Hanuman jumps across the sea, (which is equivalent  the red sea of the isrealites), represents the final or solar-phase of step 12. 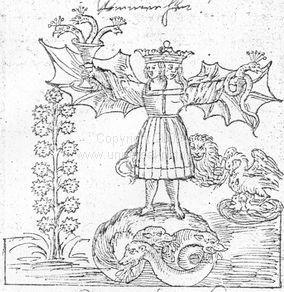 He marries her at 15.5 (Venusphase). Together they are equivalent to the Rebis.

* In the appended  Uttara-Kanda Rama reaches enlightenment, and Sita returns to Bhudevi.