Diagram of the names of God in Kircher : Oedipus Aegyptiacus 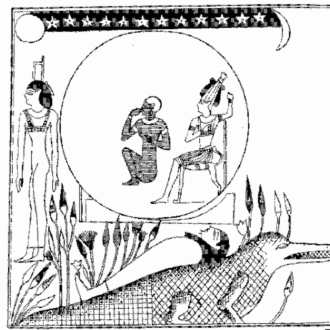 Kircher (13 ) : Death of OSIRIS (The greece poet Herodot described a grave 8 meters under the earth, which was carried from the "Bir-columns", in which Osiris was buried.When this grave was found it contained a symbolic stone-coffin without a corpse. (Osiris is often shown between Isis and Nephthys)