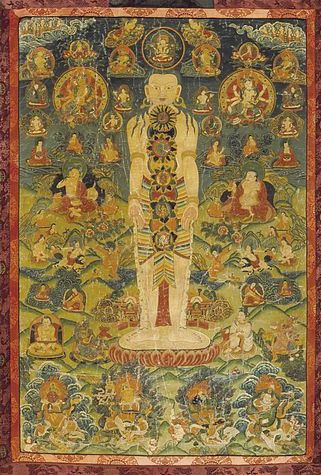 The student on the path develops such higher  bodies, which enable the final enlightenment (Moksha), when the developed spiritual Jivatma 'unites' with the Paramata-Purusha (or the Dharmakaya).

In the secret iconography of the mysteries have therefore symbolic persons been developed.

The buddhist Samaññaphala - Sutta mentions the ability to create a spirit-created body (manomāyakāya) as the fruit of a contemplative life.

In Mahayana - Buddhism and Vajrayana exist theories about the spiritual spiritual Trikaya - bodies . Previous meditations serve the preparation and purification.  Enlightenment is here synonymous with permanent entry into the dharmakaya body.

The Laya Yoga of Yogi Bhajan describes 10 bodies : The material body, three mental bodies and six energy bodies. An eleventh body contains the divine tone (Shabda) and is in a state of nondual consciousness .

Chakras('whirls of energy')  are parts of these higher bodies. The are connected across energy-channels or Nadis.

There are up to 32 chakras mentioned in the Yogabooks. In indian Tantra as in the Shat Chakra Nirupana (Sans. Ṭaṭcakranirūpaṇa) at least seven main chakras are mentioned as well as a series of secondary chakras. Goraksanath mentions other chakras distributed in the body.

According to Satguru Sivaya Subramuniyaswami, there are seven other underworld chakras under the Muladhara-Chakra. 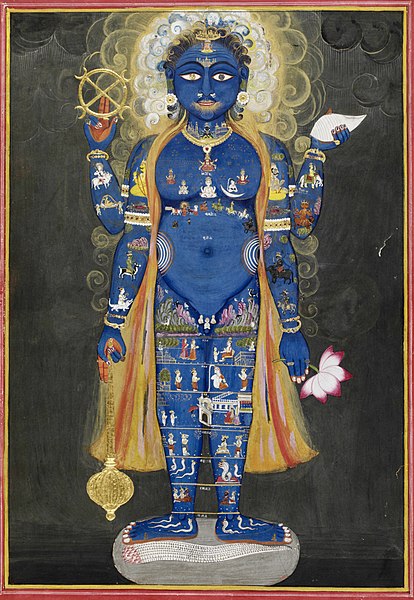